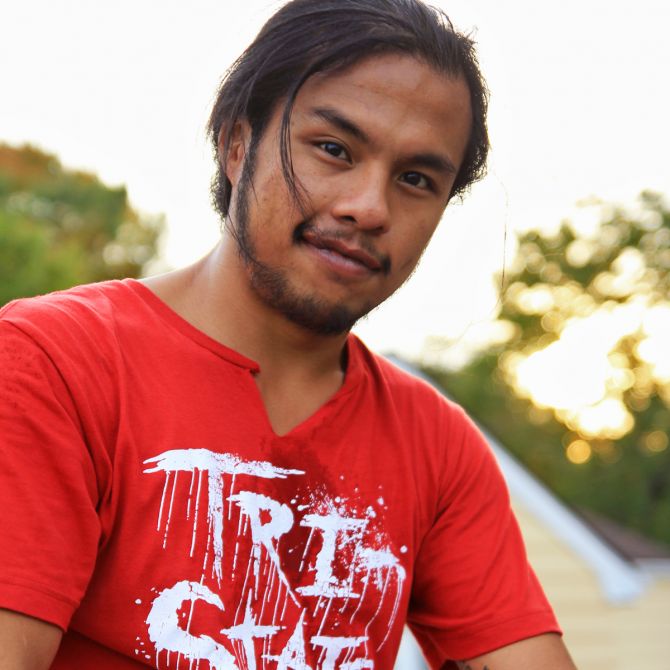 Franco, Bitter Cold Showdown is just around the corner. Please let us know, how do you usually spend the night before the comp?

I like to check out the park to see what changes have been made from the past year. I also try and catch up with old friends as much as possible. I tend to save the real raging for the after-party.

Why do you save the raging for after? Isn’t that part of the fun, or do you feel people who do that take the competition less seriously?

Definitely part of the fun, but who wants to be dead shot tired for the contest? I’ve done it before and handled it well, but with age comes more discipline.

When you think of the BCSD obstacles, what has been the best so far? Why? What are the types of obstacles you enjoy when skating?

It is hard to say. The choice parks have always had a variety of dope things to skate. I guess I’ve had the most fun on the plain rainbow rail. But overall through the years I’ve enjoyed everything the courses have had to offer, they’ve seemed to evolve well with my taste in what’s fun over time, as my skating continued to change and progress.

Which skater that hasn’t been at BCSD before, would you like to see at the event?

There are tons of bladers overseas that I see going wild in contests out of the states. It would be a pleasure to see more of those guys make it out here for Bitter Cold.

What do you prefer the most about these big competitions, the session or after-party?

Both. I like the intense sessions and surviving the after-party, jail-free.

How important is music for you when you skate competitions, or even just in general? Do you find a different vibe between the two situations?

I think the roar of the crowd and a good emcee overpowers the music sometimes. In general though music makes for a huge inspiration, gets the juice flowing for sure, especially if you’re blading alone. But when I’m out with the homies I like the headphones off to enjoy the session with them more on a social tip.

Do you feel the competitive element of the event is as important as the social aspect?

Definitely. People come to Bitter Cold not only to see their old friends and make new ones from all over, but when it comes down to it they want to see people do gnarly things all over the course.

Is there anyone in particular who you are looking forward to watching perform at BCSD?

I just look forward to seeing everyone and whatever new tricks they’ve been brewing up in general.

If you could, would you change any aspect of the competition; be it in the park, or in the way it’s judged?

Why fix something that’s not broken?

At Winterclash this year, competitors were exposed to a completely different format; the judges based their decisions on overall performance, instead of a best trick. Would you prefer a competition format like this? And what is BCSD’s usual format?

I think that format of judging is better for sure, it’s fairer to judge the overall versatility of the blading. If someone’s laying down hammers, keeping it fluid, unique and consistent on everything in the park and constantly one upping their own blading from one round to the next, it’s hard to deny the win to that person; especially if they’re simply going harder than everyone else.

Is there any incident in the history of BCSD which holds a special place in your heart?

My final trick in 2009 – I think 2009 was the year: I had serious leg cramps throughout the finals in entirety. At the end, they announced final tricks and I stuck on the rail, but they gave me a rebate. Legs locking up and dead tired, the entire park went quiet and I laced my trick with whatever little energy I had left making the whole crowd bum rush me and go wild. I didn’t win, but that energy was priceless.

You are always top-ranked at BCSD. Do you think you will be able to take the crown this year?

Honestly? No, haha. I just want to have fun. I don’t even concern myself with that.

Do you have a game plan for the competition?

Have as much fun as possible.

Have you been out shredding more than usual in order to prepare for BCSD?

I just got back from spending a month out west. I’m getting in as much blading as I can.

What did you do out west; filming for a video/secret project?

Escaped the East Coast winter for some West Coast warmth. Spent some time at the Shredweiser crib in Oakland, paid a visit to Woodward West, kicked it in Arizona for a bit. Overall the emphasis was on fun and stacking clips along the way, just to have some in the bank.

You’ve been skating for a long time and really have an eye for uniqueness; be it the trick itself or the way you approach various obstacles. I’ve been lucky enough to experience this first hand in a friendly skate session with your closest friends. Where do a lot of your ideas come from? How do you approach an obstacle at first glance to really feel out how you are going to use it? How does this play into your approach to competitions, especially one as big as Bitter Cold Showdown?

I remember that sesh, good times! The ideas usually just pop into my head like random impulses, something seems cool so I find it best to consider the best or most fun way to get speed for it with the most stability and if or how I can make it connect with the next trick, I would say it’s the same approach for contests.

Sum up skating in one word.

Can you elaborate on why you chose that word specifically?

It can hurt as much as it makes you feel good, simple reality!

Last question: to some people you are called “Franco the Wild.” Why are you “the Wild”?

They just started to call me that randomly after the MTL Classic in 2010. I guess Dan Laroche would know?