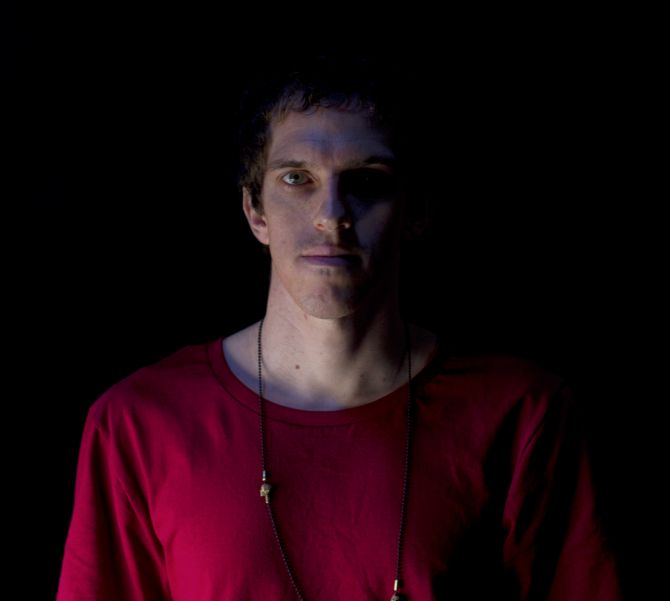 What have you been up to recently?

I’ve been really busy to say the least. I just received my first pro blade from Razors, (also my secondpro skate ever), finished filming for a new section in the Razors video ‘Children Of The Future’, released a small skate edit for my skates with E. Rod, currently filming for another Razors online edit, and filming clips with Alejoh, Winston Wardwell, my younger brother, Eric Schafer, Jeff Hamm and some local friends I skate with for a BMC Savage edit. Other than that, I just moved in to Aliso Viejo with some friends, and just started working at a nice hotel in Laguna Beach when I’m not blading.

What was it like getting that pro-skate from Razors?

I’m very excited about it! Definitely a good moment, and something I’m very proud of. There was a long gap in between my last pro skate, so I’m stoked I got to get a chance to have another blade after all these years. Also it’s cool to have a Razors skate because they’re the blades I used to skate originally many years ago since the Unspoken Bond and SellYourSoul2Roll days.

Why did you choose the genesys boot over the SL boot?

People ask me this question a lot on Facebook, haha. Honestly, I was approached by Andy and he asked if I would be interested in doing a pro Genesys boot. At the time, Julian was still on the team waiting for his pro skate to be released, also Horn, the Dre skate and a bunch of other SL pro skates. I was pretty new to the team, and I was also made aware that if I wanted an SL boot I might have to wait for a longer period of time so it wouldn’t interfere with other SL skate sales. I’m happy with having my pro skate, Genesys or SL, because I skate both types anyways, and I was given full permission to design them the way I wanted, including my UC wheels ect. It’s funny because I hear some people only like Gen’s or SL’s. I just pretty much skate whichever new Razors come out. I like the different boots for different things. Maybe next time I’ll do a SL just to change it up.

Who are your current sponsors besides Razors?

Right now, just Undercover Wheels, and flow for Jug. Some others may be in the works though 🙂

You’ve been blading for what seems like forever. What’s your earliest blade-related memory?

My earliest blade related memory was me getting some lame rollerblades for Christmas from either my mom or my grandparents. I think they were called Arrow Blades. They were black with green highlights, and I remember learning how to skate and roll around in front of my house. I remember a while after that when I was in elementary school, I would go to my school and skate on top of lunchtables and do something like knee grabs off. Good times. Those early blade days got me hooked.

During the time I grew up I watched vg4 and vg5 about a million times. So around this time I looked up to Roadhouse, Louie Zamora, Matt Mantz, Champion, Arlo, TJ Webber, Eric Shrijn, Petty, Bbell, etc. Basically everyone in the OG videos. The people in the old BBell videos like My Daily Routine also had a big impact on me for street skating. Basically all those original dudes were and still are celebrities to me, because of their style and personality. I would literally look forward to seeing any of these people and a lot more names in every magazine or video. Later on I looked up to the FP dudes, and still do today.

What’s the biggest difference between blading in the 90’s and blading now?

Many differences. The biggest thing, for me would be how blading has advanced so much over the years with the tricks, style and just progression. It’s the best looking it’s ever been in a way, but it has a much smaller industry and popularity level right now. Funny to think about that. Also, I think it’s lacking some of the celebrity personalities like Arlo and Josh Petty. So I guess there’s some positive and negative aspects in blading nowadays. The image and the progression is the best it’s ever been, but the money and big names from the past are doing different things for the most part.

Do you feel that there is anything missing in blading right now?

There’s a few things I can think of that are missing or need to change… Dustin Latimer and Aaron Feinberg. FP. The mindgame videos. People being too clicky in rollerblading. That needs to change. Rollerbladers hating other rollerbladers is the number one problem.

Every blader has some favorite spot from back in the day. What’s yours?

A couple come to mind. A big one is CDM (Corona Del Mar) School: Anderson. Everything there got torn out or is capped now. This is the famous spot from the db with DL on the cover doing 3 soul on the rail. I also really like the Greenfield movie theater rail, and UCI of course. Oh, and the rail city rails (Abdiel Comberg hurricane topsoul FOR2). If you had to watch one video profile 20 times in a row, which one would you pick? This is a hard question to answer. Nowadays: Any Aragon, Farmer or Haffey section. Back in the day: anyones part in Elements 2.

You seem to have developed this ninja steeze while on blades. Do you focus on this a lot? How important is style to you?

Haha. I think about my own style more now then I ever did before. I’ve always had things I like to see in blading, like doing switchups with similar tricks (like soul tricks with switch ups to soul type tricks ect), not cheating on tricks (no truetopsoyales then spreading your feet to true top soul), no cheating on 360 grinds (turning 90 degrees then jumping and spining…). I have things and tricks I think are sick and I try to emulate them in my own skating, and I try to do tricks as clean as possible because otherwise I’ll want to go back and do them again.

Are you a superstitious person? Do you have any rituals or ticks while blading?

I guess I’m kind of superstitious on tricks. If I get a bad vibe in my head I won’t want to do something. I listen to music when I’m filming hard tricks to get juiced and motivated.

It’s been a while since the last update on rockillers.com. Does this mean the crew dispersed?

The crew is no longer happening. It was fun for a while, but everyone that was a part of it is now in the Savage crew. Just wanted to start something fresh with more new people involved. Lookout for a BMC edit this year! There’s also a new blog: http://savagevideo.wordpress.com

How’s your brother Colin? Does he still blade?

My brother is so fucking good at skating I don’t even think he knows it himself. He has been blading since the Démode days. He just doesn’t take rollerblading as serious or stay involved with whats happening in the industry. It’s funny because he’s actually been filming a ton lately, working on a new section for the Savage Crew video. It’s the first time he’s had a section since Démode, so I’m excited to see it all come together. Anyone that has skated with him knows he’s amazing at doing tricks both ways, and he’s almost beaten me at a game of B.L.A.D.E. before. But, seriously. I’ve seen some of his tricks for his new section like true soul both ways on a down stair ledge and it was very impressive. His section and the video should be finished sometime after the BMC edit.

You’ve had frames, wheels and skates with your name on them and have been featured in many magazines and video’s. What motivates you to keep on going?

I think about this sometimes too. I guess it’s because I’ve been doing this for such a long time. I don’t know what to do if I’m not skating. I love the challenge of putting together new edits, still learning new tricks and pushing myself. I just still love rollerblading too much to quit.

At 29 you probably start to feel the impact of all those years throwing yourself at rails and ledges. Do you take extra care of you body now?

I always hear about people who are extreme health nuts, and that their eating habits and lifestyle allow them to skate. I don’t do any of those things. I just avoid falling and stretch before skating. I’m a pretty active person and I have a fast metabolism so maybe that’s helping me. Haha.

Where do you see yourself in 10 years?

I see myself settled down, doing what I love, hopefully having a family. I’d like to still be involved with blading and I don’t see myself losing the love for it anytime soon.

Thanks Razors, Undercover, Alejoh Candelo, and Be-mag for this interview, and everyone else keep blading every day!

2nd REGIME all day! but I loved those Deshi days.