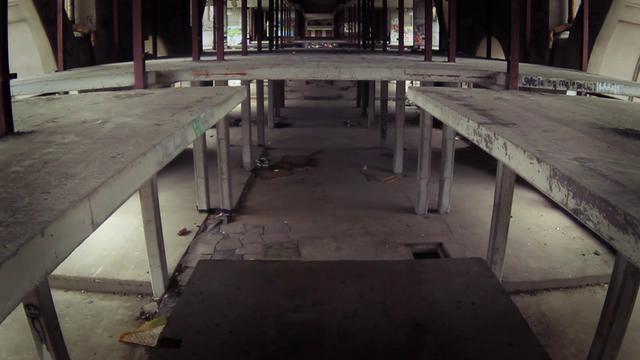 Check the second short preview of the “Sky Is The Limit” made exclusively for Be-Mag. The full length video will be available at the end of the year, and will be a documentary focusing on the most known polish rollerblader, Piotrek Combrzynski. Every single one of Piotrek’s trips, contests and tours in 2011 will be captured in such way to show the lifestyle, passion and skill of this incredible talent.
Unlikely to the common standard the film will not be edited and filmed by someone who blades. The aim of this project is to produce a video that will be more friendly to a wider audience and can be shown to the public! Stay tuned for the updates!

What do you do besides rollerblading?

I’m in the middle of postgraduate training in computer science at the Polish-Japanese College here in Warsaw. In my free time I usually chill with my girlfriend and my friends.

Two or three seasons ago you have started to freeski. Did rollerblading skills help with getting into it? What do you think about the fact that more and more bladers try their luck in this sport?

Yeah, it was three years ago, yet I skipped the last season due to my diploma project. Also I finished the 2009 freeski season with a broken collar bone(failed attempt of a misty flip). Freeskiing may look as it resembles rollerblading, but in my opinion it’s completely different. Speed and jump distances are much greater, the way you take off from the kickers or simply the extra 0,5 m of gear in front and back of you really makes the difference – grinding (jibbing) or spins are way more difficult. It’s good to focus on controlling the twintip skis perfectly before trying any tricks – I skipped it and moved straight to the snowpark, ended with a serious injury. To be honest, there is a huge risk of damaging yourself, the limited time that you can practice, 2-3 weeks during the year, didn’t really satisfy my ambitions with the sport. However, freeskis are a pretty cool option for the winter!

The possibility of dragging away from everyday routine. The awareness that you are completely free and limited only by your imagination or a spot. The whole vibe that surrounds our industry.

There are plenty of people in Poland in whose opinion you’re the best polish blader. Who do you consider to be at the top of the game in this country?

It’s very hard to name particular names – Poland has so many good bladers and I appreciate everyone who draws fun from it – that’s crucial!

You started as a vert skater. When I first met you during a contest (Polish Cup 2000 – Kedzierzyn Kozle), you said you would never skate street. However, you slowly changed your plan. Why? Do you still ride vert?

This particular contest (the last Lurys Cup) went down in 2000 and yeah, the things have changed – in a good direction! For the first three or four years of my skating I skated vert only. Nothing else made sense for me back then. During this time my skating relaid on practicing new tricks until I learned them perfectly. As you may predict I got bored quickly. With time I started to appreciate skateparks and eventually street which gives infinite possibilities. I won’t say that vert is something boring or ‘old-school’ – I still like to fly on the vert from time to time. But there is hardly anybody to skate with on vert around here.

You’re considered the best polish park rider. Knowing that Poland lacks of really good skateparks, how did you get so good at skating? Where did you practice?

Mostly in the park in my home town – Jutrzenka, Warsaw. It’s one of 3-4 biggest indoor parks in my country. Again, it’s nothing special compared to the facilities of this kind in other countries but you can find almost every basic piece of obstacle there: halfpipe, miniramp, grindboxes, spines etc. Vert skating taught me how to use profiles and some consistency. All my travels had a big impact on developing my skills too, I guess.

During the last year we could notice the slight change in your skating. 540° disasters were replaced by more creative tricks – what kind of skating do you prefer now?

The change was surely the result of my injuries which bugged me for half a year back then. After coming back, I had a hard time to get back to shape, I lost my confidence so I focused more on technical tricks to get back on track. It doesn’t mean that I’m over the spins or hammer tricks, no way! I feel much more confident in my skating now and the tricks that I’m currently doing depend on my mood, more what I’m feline like this day. I will throw something big when it feels right but I started to enjoy smaller/creative stuff, too!

You live in Warsaw, the capital of Poland. It’s the biggest city of our country. How is the scene?

Surprisingly it doesn’t look so good. There are plenty of bladers but the size of the city makes it difficult to skate together often. Usually it happens that 3-4 crews are skating in different places at the same time. Few weeks ago we created the RollWarsaw Facebook page to plan our sessions and stuff – hope that helps in bringing people together!

You are very picky as far as skates, wheels or frames are considered. You always notice the slightest differences in your gear. What’s your current setup and why?

My current setup is RZRS Aragon 4, CO Sean Kelso pro frame and Undercover Nick Lomax 89a/57mm wheels. I’ve skated Razors since 2006 and they are the best skates that I’ve ridden so far. When the SL model was introduced I didn’t liked it at first. The shell was more flexy, Bs plates were bending to the inside and shock-absorbers inside the liner caused to much heel lift. I got back to skating Genesys. Than after my injury Aragon’s 3 were released and the improvement was huge – material was harder, anti-shock went into the shell, extra eyelet and improved BS support was enough to convince me to give SL’s a second chance. I have been skating them ever since and I’m in love! As for frames, I’ve used GC forever but wanted to try something new so I recently tried CO’s. Perfect groove and ultra fast material! I’ve used UC wheels for some time now. Their perfect grip is unbeatable at skateparks!

What would you say to the kids out there who want to reach your level?

To not get discouraged at first, do not think too early about clips, photos, sponsorship etc – it’s not that important!

Is there a place where you would like to go skating wise?

I want to visit Barcelona so badly! My dream would be to finally check out some Woodward facilities and try my luck on one of the mega ramps!

What can we expect from Piotrek in 2011?

More good skating! I want to compete in every TPRL contest (Triada Polish Rolling League) so I can defend my title from 2010. More trips and more street skating for sure. I have something else in my mind but don’t want to spoil it right now!