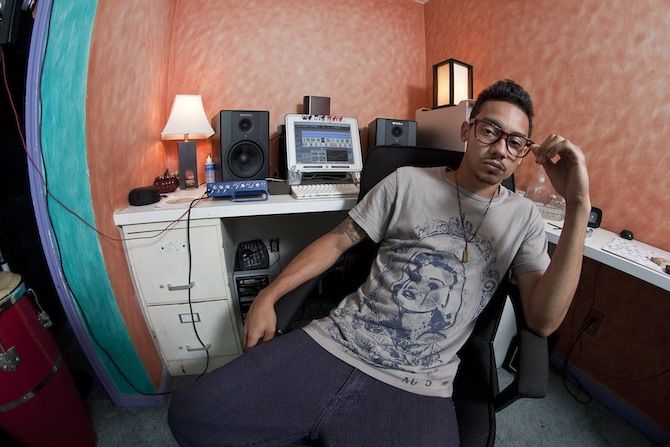 What is the first memory of music within the scope of the Rollerblading culture?

That would have to be when i was on DipSkate. It was a skate team put together by Jim Jones and Juels Santana from DipSet. It was the first and only time something like that was ever done. It gave us the oportunity to be in music videos, magazines, and TV. They also sent the team out to Winterclash one year and had us rappin at the after party. And that was the first time i saw clearly skating and music coexist.

Which music has influenced you the most through skating?

I used to really be into rock music, lots of Korn, Nirvana, Slipknot, stuff like that. Then i started listening to rap around when Eminem came out. I liked him a lot, The Chronic 2001, Lil’ Wayne lights out, Jay Z and my style has definintely been influenced by all of these people.

What music do you listen to when you want to get juiced for a big trick and why?

Oddly enough, as much as i love music, i never really use it to get juiced for skating. For big tricks i need deep breathing and concentration.

Which videos do you think have the best soundtrack?

All the B Unique videos.

What are your iPod/iPhones most listened to tracks?

What’s your top song to skate to?

“Make it better”, by yours truly.

How do you listen to music when skating?

I can’t stand headphones when i’m skating so either a car stereo or X-Mini speakers in the streets, and loud speakers at the skate park.

Which song do you connect the greatest memories to and why?